Stop Looking for Innovation on the Newsstand

Last week, PBS MediaShift ran a piece on how to measure multi-platform success for print magazines, which amounted to three brief interviews with magazine industry insiders. One of them was Samir Husni, well-known as Mr. Magazine and a professor at the University of Mississippi. The article stated:

Husni argues that digital magazines not paired with print publications are worth little, in financial terms. "They have no monetary value. I don't know of a single digital-only magazine since the iPad came out that's making money, that has any source of revenue, if it doesn't have a print counterpart.'"

His statement is so demonstrably false that I quickly tweeted my disagreement, and left it at that.

But I kept thinking about it-and getting angry. Samir Husni is widely considered a thought leader in the magazine industry, and his "counts" of new magazine launches in print or on newsstand are widely reported.

Why do we care about this count in the first place? Who does it matter to, and what does it have to do with the future of the magazine business? Should the health of the magazine industry be evaluated by newsstand or print visibility, in an era of declining newsstand and print sales?

And, ultimately, who thinks it's a good idea to base any aspect of a new magazine's business model on newsstand sales?

I'd argue the "count" is a better indication of how many people are still clinging to an obsolete paradigm-or how many people have that much money to burn, or that much vanity at stake, that if they don't appear on newsstand, they're not a real magazine in the eyes of the industry or advertisers.

Borders is closed. Barnes & Noble, over the next decade,is planning to close 20-30% of its stores, and more newsstands will go away. How many independent bookstores will close? How many other sources of newsstand revenue will disappear? Then how will we measure the health of the magazine industry, when so few people are buying magazines through that distribution channel?

I hope that everyone in the magazine industry is looking closely at the New York Times Innovation Report, which surfaced this chart:

Do we believe the New York Times' future is tied to that dwindling number of print readers or print sales? Or should the Times look at how they're going to evolve their business model and their content to serve that desktop and mobile reader?

I teach digital publishing in the Media Studies Division at the University of Virginia (I'm also the former publisher ofWriter's Digest). In class we discuss the transformation happening across the media and journalism industries. I am not taking my students on field trips to the newsstand graveyard. They are instead being trained on where journalism and publishing is headed in the next decade.Here's my reading list for my students. I'd love to know if Husni has Clay Christensen on his syllabus, because I consider him a centerpiece of my semester. Christensen's work teaches us two things that it's incumbent for every media person to understand:

(2) publications must focus on "jobs to be done," and many print publications fail to satisfy that single requirement in their readers' lives.

"Jobs to be done" from the reader's perspective has very little do with newsstand, print, or even the delivery of content in magazine form. Frankly, it questions why we even need something delivered as a magazine (or a newspaper or a book) in the first place, when each individual can now satisfy those "jobs to be done" through tools such as Twitter, Facebook, Google, Flipboard, Zite, and Circa, as well as through specific brands we trust.

And here we come back to magazines, and possibly the last, best card they hold: a strong, identifiable brand. But that brand only matters insofar as it authentically serves an identifiable, meaningful community. Successful magazines in the future will survive by engaging communities, mainly through digital channels. Sure, print may survive as a service to that community, but it is just one format among many, and rarely the most important to readers.

I attended the National Magazine Awards in 2012; I had long dreamed of going, ever since I started working atWriter's Digest magazine in 2001. It wasn't until I started working at the Virginia Quarterly Review that I realized, to be considered for an Ellie, you had to have considerable money to play. And then when I attended the awards night, I saw that it was mostly a self-congratulatory ceremony without any meaning to the outside world, that is: to the readership of magazines.

Magazines that matter don't need an Ellie to prove anything except to others inside the industry. That's another example of the decoration, process, and procedure tied to the traditional magazine industry that has no meaning for the digital startups and innovators that apparently Husni can't uncover or find value in.

Not long ago, the book publishing industry mostly disregarded authors who self-published and sold digital-only books without distribution in bookstores. Today, 25% of Amazon's sales are books by self-published authors, and the New York publishers are now catching up to best practices of digital content delivery and marketing uncovered by entrepreneurial authors.

A similar thing is happening, if it hasn't already, in magazine publishing.

Did Mr. Husni notice The Magazine when it launched? Does it have monetary value? The Magazine was the #14 top grossing iPhone Newsstand app last week. It has no print component, although this year it released a print anthology of best pieces.

Look at The Information: Is it a magazine? Maybe a few decades ago, it would have been a magazine. Now, it's content delivered digitally and superbly, at the price of $399/year.

How about Symbolia? It's an iPad publication that merges true stories with comics. It has partnered with public radio stations, Tumblr, and Popular Science, and been named by major media outlets as producing the best digital comics around.

And there's my own digital-only publication, Scratch, which has made about $15,000 in 8 months, launched by two people who have full-time day jobs, in partnership with 29thStreet.

Did it ever occur to the traditional magazine industry that, when it comes to digital innovation, they might be doing it wrong? Because digital replica editions aren't innovation.

It's time for Mr. Husni to complement his detailed newsstand study by exploring the many models and experiments that are taking shape outside the industry's narrow idea of what a magazine is. To be at a center of magazine innovation requires no less. Instead of trumpeting the staying power of print, we need to understand and analyze what's happening on the digital end, away from the mainstream distribution channels. Instead of counting who's had the investment or capital to launch a print product on newsstand-a dying business model that has nothing to do with where the future value is in media-we need to look at publications that are reaching their readers in sustainable, profitable ways.

We are looking for the innovators, aren't we?

It does require engaged readers.

The newsstand is perhaps the most inefficient, expensive, and wasteful way to target readers in 2014. What sane person does it?

Marc Andreessen recently wrote that there will be two types of news publications in the future: those targeting a mass audience and those targeting a niche audience. "The middle market is withering," he says. I think his analysis applies to more than just the news-it applies to all types of content. Mass-market publishing is a tough game to play and in the future it will be played online. Newsstand for sure is a mass-audience game and it is a losing game.

If we talk about what's really happening in the magazine publishing industry, I think we'd have trouble describing it as one industry any more. Because what I do, I don't think of as a magazine. I think it of it as content strategically produced and packaged in service to a community. Some futurists in the book publishing community don't think there will be much of an industry that exists in a few decades, because the industry will atomize across so many individual players, communities, and businesses, rather than being a specialized profession.

The same seems likely for magazines, except for a few that will cater to the masses, and possibly survive on advertising. But that's a handful, and they can sit at the National Magazine Awards at a single table and congratulate themselves on the industry they're preserving. 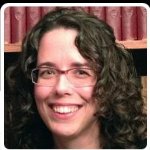 m a publisher, author, and professor based in Charlottesville, VA. Last fall, I launched Scratch, a digital magazine that explores the intersection of writing and money. It’s been featured by Poets & Writers, The Nation, and Salon, among many other outlets.

This site—which has been named a Top 101 Website for Writers and enjoys 100,000 visits every month—offers information and business advice for writers, artists, and entrepreneurs, and focuses on how to succeed during a transformative time in media and publishing.

I speak around the world at events such as BookExpo America, Frankfurt Book Fair, and digilit, and have keynoted writing conferences such as The Muse & The Marketplace. I also teach digital publishing and media at the University of Virginia.

Thanks for visiting, and I hope you find some useful information here. If you’re seeking personalized assistance, please check out my services.